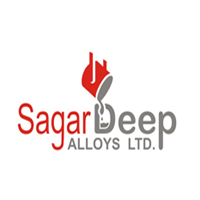 Standalone loss per share for the first quarter was Rs.0.66 as against EPS of Rs.0.15 in the previous year same period.

Following are the consolidated Q1 financials at Sagardeep Alloys

- Shree Ganesh Remedies to migrate to BSE Main Board