Airan announced its standalone and consolidated financial results for the quarter and year ended on March 31, 2020 showing a rise in post-tax profit. 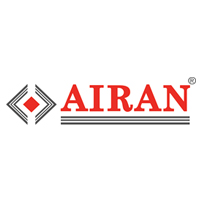 For the financial year that concluded on 31st March, 2020, total consolidated revenue at Airan was Rs.59.59 crore marking a hike against Rs.51.73 crore a year ago.

- Board recommends dividend of Rs.5 at Thejo Engineering in FY19-20